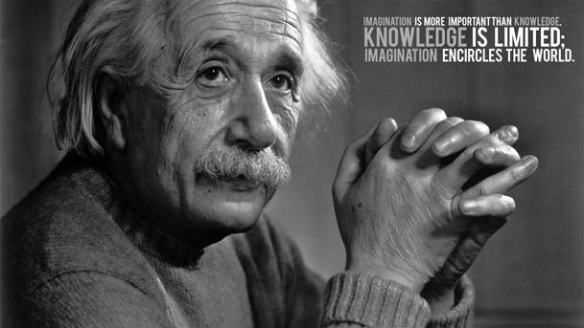 We all know the equation, combined with the image of Einstein with wild hair from our college days: posters, T-shirts. But what the heck does it mean, other than that Einstein was undeniably brilliant, and approachably crazy?

I wanted to know more.

WikiHow (thank you wikiHow: much of what follows is taken word for word from this source), told me that energy (E) can be neither created, nor destroyed. It becomes transformed into a different kind of energy.

Mass is the amount of matter in an object. Invariant mass is, as you might expect, the kind of mass that never changes no matter what. Relativistic mass is dependent on the velocity of the object. In Einstein’s formula, m (mass) is the invariant kind.

Like energy, mass can be neither created nor destroyed, but can also change its form. So the ice-cream you’re eating on that hot summer’s day still has the same mass, even though it’s melted, and is in the process of being transformed into a different kind of mass as it makes its gloopy way through your digestive system. Your initial scoop of ice-cream has stretched out and got mixed with other stuff and, – we know the details.

The “c” piece is about the speed of light. But the main point is that there is a link between energy and mass, an “equals” sign. They’re not two separate things: maybe one is “contained” within the other.

The cogs started moving inside my head.

What this mean for the language I use to describe the interrelationship between all things and what we call “God”?

Everything is composed of mass and energy. Neither are destroyed. Energy is transformed, as is mass. Mass can change.

As I reflect back on my day, and pause at moments to give thanks, I become reconnected with the presence of God. It doesn’t mean that God somehow disappeared in the intervening periods; I just wasn’t connected. But when I recall the thing, the person, the moment in the course of the day that lifts or reassures, the awareness of God’s presence is awakened within me. It’s as if the “equals” sign appears. And this then bounces off into an awareness of God “speaking” to me through my interactions with others, and the world around me. The nature of the “mass” has shifted, but is undoubtedly there.

This is particularly so when you contemplate the idea of the grace of God: unconditional, unearned loving-kindness, with more than a sprinkling of joy and delight at times. You become aware of it working within and around you. Just because you may have been unaware of it, doesn’t mean it didn’t exist; it is there. After all, when you eat your ice-cream you don’t think about the continued “life” of its energy and mass. Well, not until you step on the scales…

So, as a good Lutheran, I’m going to put myself out there and say that God’s grace is another example of E=mc2 at work. It is there as energy, active, engaged. It is there as mass – a concrete, nameable person, an experience. It is at the heart of who we are. And it will never disappear.

What a wonderful thought. Thank you, Einstein.

One of the tranformative moments of my sabbatical happened during the first week: attending the Kenyon Institute’s “Beyond Walls” programme. We had each been asssigned to a home group; mine was “E”. On our last morning those of us from the “E” group who were still there agreed that we had experienced something profound. We wanted to honour it by encouraging one another to continue writing, and to read one another’s work in the same respectful and gracious way we had done all week as a way of building on these newly-acquired skills.

Our first assignment on returning home was to write a piece based on the letter E. Thank you, dear colleagues and friends, for your continued encouragement.

Image of Albert Einstein with text taken by permission https://www.flickr.com/photos/chilipeppered

Please note: all opinions expressed in this blog are those of the author alone and are not to be seens as reflective of any one denomination or congregation.